What can a company that sends customer communications learn from a skincare pop-up retail experience in Tokyo? You may be surprised! Join Matt Swain as he discusses skincare, enchanting experiences, and the Future of Communications design challenge with Emily Wengert, Group VP of User Experience at Huge.

Put Some Skin in the Game: “I've been working on some pop-up experiential work in Tokyo. The client is SK-II, a mega-beauty brand owned by P&G but headquartered in Singapore. They have a lot of appetite to change skincare retail by making it fun and adding personalization. We're trying the craziest things and then seeing how consumers react. One pop-up was called Art of You. You walk in and an art piece is created of your expressions. Through computer vision, we're understanding the emotion of consumers as they enter. If you're smiling or if you're angry, if you're shocked, it all changes color and it's in real time. From there, we did a skin scan – hands-free and without a beauty consultant. You sit in a booth and the quality of your skin is measured from about 18 inches away. Your skin is analyzed in an entirely new way that allows you to feel like you're having your own personal relationship with the brand. Thanks to the internet, many consumers are coming in as beauty experts. They know what they like and they know what they don't. They don't necessarily want to talk to a beauty consultant who's going to judge them; they want to have private moments in public space. So, we're playing with a lot of things there.”

Match Context to Communications: “Every channel has its own opportunity and also its own constraint, and, from a user perspective, its own context. If I'm standing in a bank, that's a different moment than if I'm standing at the bus stop waiting for the bus, or if I'm home with my kids and they're running around like crazy, those are all really different moments – and your capacity for engaging with the brand is going to be quite different. I think we're all after – but haven't yet attained – is the perfection of matching context to communication. We can't hold 12 thoughts in our head at once, but we have to design for 12-plus channels. When we let one channel lead, other channels are handicapped and we can’t be as truly service-oriented as we want to be.”

Look Back at The Future: “Broadridge challenged us to break the bill in a Future of Communications design challenge. I loved it – the speed because we did the whole thing in four weeks – but it was the competition. We had five teams and all members had completely different skill sets. Each team had to come up with two ideas, so we had 10 crazy ideas coming at us. We provided a playground that was really open-ended, but we did require everyone to think five to seven years out. One concept the team actually demoed in real time at the competition was a piece of paper that had a sensor attached to it. When you tore off the piece of paper to pay your bill and mail it back in the envelope, it broke the sensor, which told your phone that you were paying your bill. The phone then automatically brought up the confirm page so you could just hit confirm and it was paid. Everyone saw it and was like, ‘What? Did that just happen?’ If we did the design challenge again almost two years later, there are a few technologies that weren't real enough for us to consider at the time that I think we would immediately turn to now. Facial recognition being one of them; I do think that's very much in play and it turns out to be quite powerful when personalization is needed. We had a little bit of AI and machine learning in the challenge, but our understanding of where that's headed has certainly gotten richer in the last two years. I would actually expect every team to incorporate some sort of machine learning and AI. How we can connect with the consumer is so exciting and it's changing every month; that's the excitement.”

Keep it Real: “As much as we love technology and as fun as it is to talk about bonker things, the idea that the whole world just wants to give up paper is not what's happening. What's happening is we're able to make tactile things that humans actually gravitate toward, like a soft, fuzzy sweater. I think it sounds corny to talk about sweaters and then say that it has something to do with bills, but it’s this idea that you don't have to get separated from real life in order to be in a tech-forward place.” 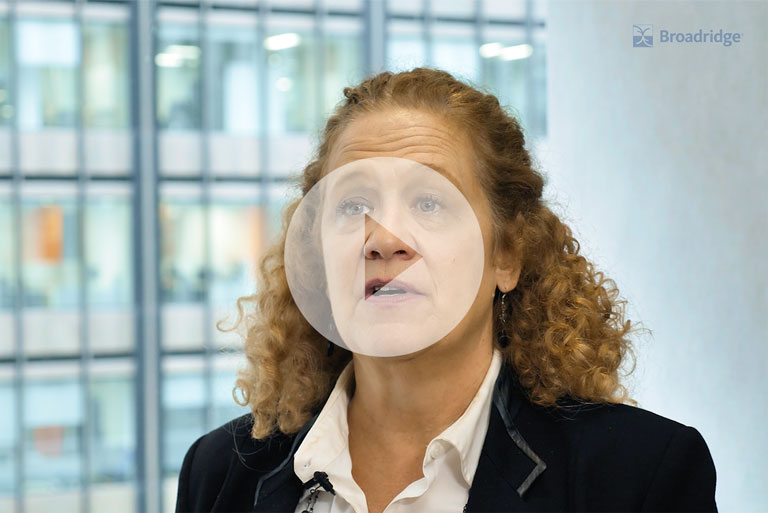