Reform During the Great Depression. 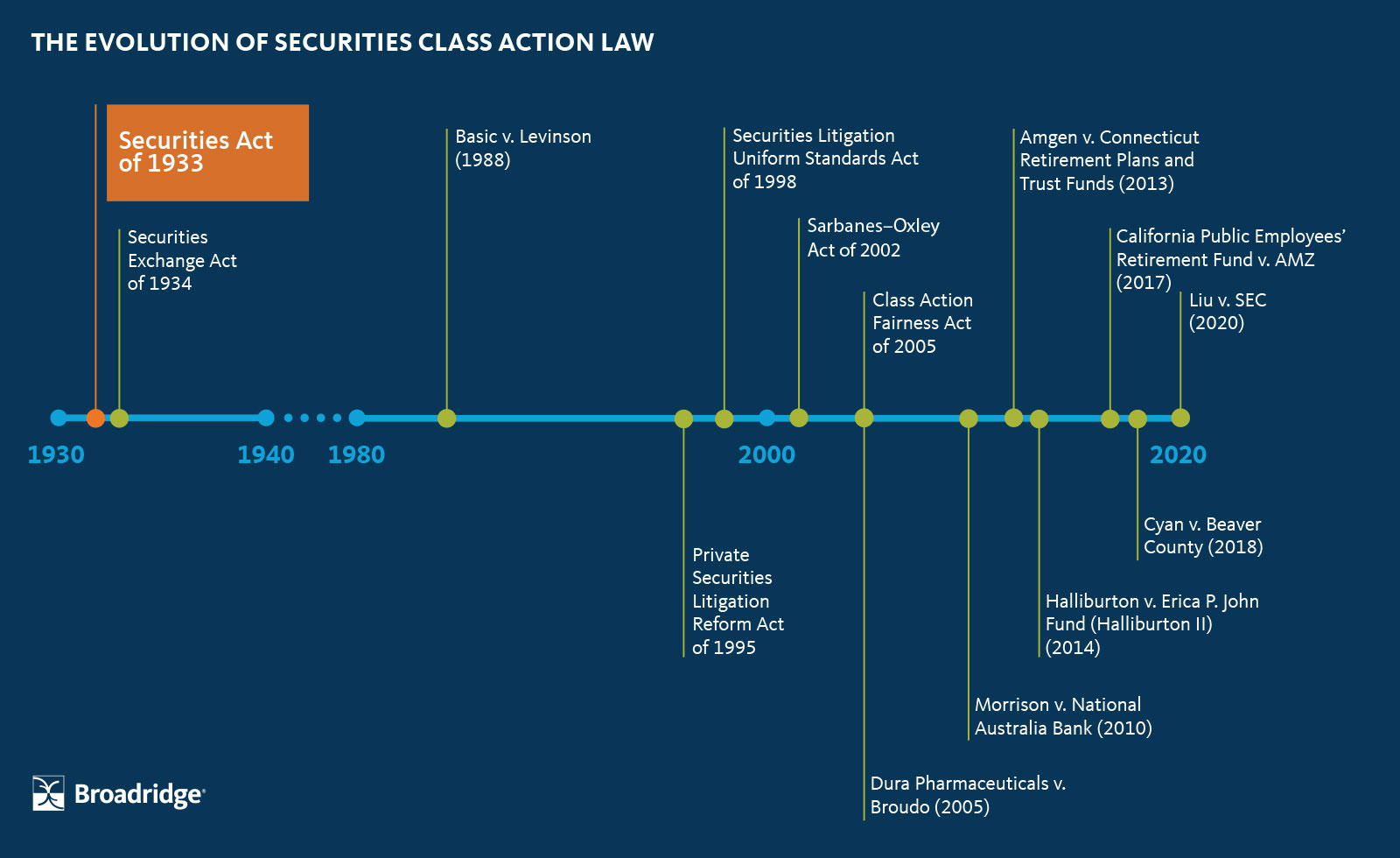 1933 marked the depths of the Great Depression. It had been four years since the stock market crashed in 1929. A quarter of the nation’s workforce was unemployed, banks were continuing to fail, and homeless Americans were living in shanty towns across the country.

It was also the first year in office of President Franklin D. Roosevelt and new Democratic majorities in both houses of Congress. Roosevelt had been elected on a promise to take radical action to steer the country out of crisis by implementing a plan of “relief, recovery, and reform,” and he enjoyed widespread popular support. Much of his platform was enacted in an ambitious wave of New Deal legislation in 1933.

Ensuring Transparency When Securities Are Issued

The Securities Act of 1933 was Congress’ first major step towards reforming the financial markets. Its goal was to ensure that buyers of newly issued public securities would have complete and accurate information. Congress recognized that companies have an incentive to present themselves in a way that is attractive to investors, and that this incentive had often caused them to make misleading statements—which had cost investors money, destabilized the stock market, and harmed the economy.

The 1933 Act accomplished a great deal—but it is also worth noting what it did not do.

First, the 1933 Act did not provide general assurance that the public and the market would always have access to accurate information. It created corporate liability for false or misleading statements, but only within the registration statement. This was almost immediately understood to be insufficient. As a result, Congress would expand on the 1933 Act a year later in the Securities Exchange Act of 1934, which will be the subject of our next article.

The 1933 Act also mostly avoided getting the government involved in substantive decisions, such as deciding whether a security is safe enough to be offered for sale or whether it is being sold at an appropriate price. This is noteworthy because there was significant pressure for the government to take a heavy-handed role in regulating the financial system during the Great Depression. Nonetheless, Congress trusted that the market would make reasonable decisions and set reasonable prices, as long as the market was working with accurate information. The general principle of enforcing corporate transparency but otherwise trusting the market is something the 1933 Act got right, and that principle has continued to guide securities regulation and litigation in the decades after its passage.